This paper by Hülse cannot be underestimated for its importance to chiropractic. Early in my research I came across it but I only had the abstract. I purchased the paper, which was in German. It’s taken me some time to receive the translation into English and following is my summation of the paper. When you put the results of this study and a multitude of others together with the Harvey Lillard adjustment of 1895 (see Green Books this newsletter), you will soon come to appreciate that despite some medical opinions to the contrary, dysfunction of the upper cervical spine may well be one cause of an abundance of hearing disorders like tinnitus, vertigo, otalgia (ear pain), fullness, deafness, otitis media and Meniere’s disease. To dismiss the link just because it is difficult to find an anatomical link is poor investigative research. The evidence is there in one form or another. You just have to open your mind, and investigate it for yourself and you don’t have to be a medical professional to read and understand medical papers. You’ll probably need help with the medical terms used, but over time you can gain that knowledge also.

In his paper, Hülse starts by listing three points of view as to the classification of hearing disorders known as ‘cervical syndrome’. These classifications being a vascular syndrome, resulting from a narrowing of the vertebral artery(s), a neural syndrome with irritation of the sympathetic nervous system, and in the Bartschi-Rochaix syndrome, being a disturbance in the functionality of the arteries and nerves, caused by ‘myogenic or articular dysfunction’.” I think that it is very possible that all three ‘syndromes’ could be as a direct result of a vertebral subluxation C0-C1-C2 including VBI.

According to Hülse, “scientific proof does not exist for ‘neurologic cervical syndrome’”, and thus treatment protocols are non-existent, although there are cases[2] where chiropractic adjustments have improved VBI. Jensen’s article describes two such cases, where the authors examined cerebral artery flow in the two patients, both of whom exhibited signs of vertebrobasilar ischemia prior to chiropractic treatment. The adjustments entailed non-rotary cervical adjustments and a ‘diversified’ adjustment technique to the thoracic spine. The authors postulate the adjustments had the effect of normalizing the sympathetic nervous system, allowing for change in the vasospastic cerebral vascular arteries. Improvements were measured using Doppler sonography some months post adjustments. Improvements included tremor reduction and improved peak systolic flows in common carotid and vertebral arteries.

Hülse lists symptoms as a result of cervical syndrome as being “headaches, dizziness, vision disturbances, hearing disturbances and subjective ear droning.” Anyone who has studied it knows that these symptoms are consistent with people who have suffered whiplash injury. The author goes on to discuss there being quite a deal of research which links ‘vertebrobasilic’ insufficiency (VBI) or reduced blood flow through the vertebral and basilar artery system, to cochlear (inner ear) related symptoms and he goes on to state that “a forced posture with rotated head leads to dramatic decline in hearing ability”. He cites Boenninghaus (1959), Brusis[3] as explaining this hearing decline as a result of “a reduction of blood flow to the inner ear is caused by the awkward/wrong posture of the cervical spine region” and that “complete deafness has also been described.” Very interesting! Awkward or poor posture leads to a reduction in blood flow to the inner ear and as a consequence hearing disorders. (Note: regarding reduced blood flow to the inner ear, see papers[4],[5] in the www.upcspine.com research section).

According to the author “hearing disturbance can reach a mid to high level of severity” and “complete deafness has also been described”. It would seem that success via manual (chiropractic therapy) has been achieved and that “within minutes or hours of manual therapy, a significant improvement of blood flow can be achieved in the vertebral artery”. This leads Hülse to postulate that because these conditions appear to reverse after chiropractic intervention, something other than VBI is the cause of the symptoms. I think he concludes this because VBI may cause irreversible cochlear damage.

He suggests a proprioceptive influence through irritation of proprioceptors and nociceptors at the head to neck joint [cranio-cervical junction], and cites the movement segments C0/C1, C1/C2 and C2/C3 as being involved. That is the joint receptors in the upper cervical spine. A functional disturbance in these joints can lead “to a change in sensory and motor nerves and their regulatory capabilities”. He further states there are “proven connections from the neck to the core areas of the trigeminal, vestibular cochlear and vagus nerves”. Thus joint dysfunction can result in disturbance to the signals of these areas. He says that “lasting complaints” can follow “cervical trauma” and “can be explained as a functional deficiency in the cervical region. The therapy of choice with this type of neck trouble is chiropractic therapy”.  Further Feldman[6], he notes, writes, “Hearing disturbance is one of more often observed cochlear vestibular damage post whiplash trauma.”

Of the 62 patients Hülse studied 24 had low frequency (up to 1000Hz) deafness, 33 had deafness at 5-10dB, and 5 had feeling of ear pressure, and subjective deafness without verification from audiometry. Audiometric tests indicated that the non-subjective hearing loss was no longer evident following chiropractic therapy.

“Proof that a functional deficit of the upper cervical spine causes the deafness, is because of successful manual therapy/chiropractic management. Not only do the subjective cochlear complaints disappear, but also low frequency deafness is no longer evident.” M. Hülse, Professor of ENT, Heidelberg University.

For example, one 43-year-old patient who was 13 weeks post whiplash from an automobile accident had “distinct proprioceptive cervical nystagmus of the left ear. After successful chiropractic treatment, not only did she not have vestibular symptoms, but her entire cochlear related symptoms had disappeared.”

In summary, Hülse concludes that deafness at low frequencies can be as a result of functional deficits of the upper cervical spine and …

“Cochlear symptoms are full reversible and curable if the functional deficit of the upper cervical spine is successfully approached with chiropractic treatment.” M. Hülse, Professor of ENT, Heidelberg University.

One thing that these studies do not mention however, is exactly what chiropractic manipulative technique was used. It would seem that it would make sense to mention this and to determine if there are any correlations between a particular technique and more or less successful reversal of the condition.  Either way this is a powerful paper and adds weight to what is already known throughout many chiropractic offices throughout the World, that is, some hearing disorders can be helped with well-delivered and precision upper cervical chiropractic therapy. 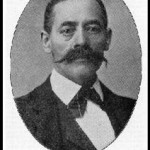 In my readings about chiropractic I obviously came across references to the Harvey Lillard adjustment by D.D. Palmer. For those people who are not aware of this little piece of history I will summarise briefly that in 1895 D.D. Palmer discovered a bump in the ‘back’ (I’ll get to this shortly) of Harvey Lillard, his janitor who was deaf and had been so for 17 years or more, and proceeded to adjust ‘a displaced 4th dorsal vertebra’ back into position at which point Mr. Lillard’s hearing was reportedly restored. You will come across many references to this adjustment and quite rightly the exact causal mechanisms are being debated, for example, there are suggestions by Marsarsky[7] that a subluxation at T4 could be “responsible for preganglionic outflow to the stellate and superior cervical ganglion… and “our current understanding of the sympathetic innervation of the cochlear vasculature… seems to suggest that a probable explanation exists”. As a past sufferer of tinnitus I can tell you that on occasions when my tinnitus, fullness etc. were at their worst, both my neck and back pain were most noticeable. For me, even a bite splint provided by a dentist halted the tinnitus and ear problems in their tracks. Utilization of the jaw caused problems to start again, including back and neck pain. There are numerous muscular connections between the cervical spine, shoulder and jaw musculature. Thus any usage (eating, talking, yawning) can and does, cause spasms in the cervical and shoulder muscles to occur. Therefore I put to you that there is a connection between back problems and hearing disorders, however I also know that upper cervical adjustments correct scoliosis resulting from atlas subluxations, and therefore it stands to reason that a correction of an upper cervical subluxation can correct ‘misalignments’ below C1 and even at T4. Which vertebra was actually adjusted in Mr. Lillard’s back in 1895? If you read the Chiropractic Green Books you will note the following references to the Harvey Lillard[8] adjustment.

On Sept. 18, 1895, Harvey Lillard called upon me. He was so deaf for seventeen years that he could not hear the noises on the street. Mr. Lillard informed me that he was in a cramped position and felt something give IN HIS BACK. I replaced the displaced 4<sup>TH</sup> DORSAL VERTEBRA by one move, which restored his hearing.” D.D. Palmer.

“My father was at all times and in all ways an honest man, not given to misrepresentations, evasions, or deceit in anything he said, wrote, or printed. He was factual in all professional statements but one – which we here now correct.

We consistently and repeatedly have said it was NOT “4th dorsal vertebra” but was AXIS that was adjusted in Harvey Lillard. Why this discrepancy, this disagreement?

In those early days, there was no mention of “vertebral subluxation” in ANY book on anatomy or orthopedic surgery. It was something NEW, even to my father. All medical books WERE FULL OF DISLOCATIONS. All medical books said that if anything happened in the backbone IT WAS A DISLOCATION, and all strenuously warned and advised against any fooling with the bones OF THE NECK particularly, because TO DO SO WOULD PRODUCE A DISLOCATION AND PRODUCE COMPLETE PARALYSIS OF THE BODY BELOW.

What had father done? Had he set a DISLOCATION? If so, it was a dangerous thing to do.

In those early days, father’s idea was in stage of growing pains. He did not want ANYBODY to do ANYTHING to NECKS, for fear of consequences. He taught his earliest students, “Stay away from THE NECK because you MIGHT produce paralysis and thus destroy my new work which is just beginning to take shape. If some of you boys should fool around with necks and paralyze people, you easily could kill my new work before we get it established.”

Why do I say it was “the axis”? Because I was there and SAW WHAT HE DID, WHERE he did it—and it WAS the axis.

We since have learned much about cervical vertebral subluxations which are common in almost every person, which are NOT dislocations; and ADJUSTING THEM BY HAND ONLY is easy and is NOT fraught with danger when done correctly and efficiently.”

So you see according to B.J. Palmer, the adjustment given that day back in 1895 was to Harvey Lillard’s axis (C2) vertebra and not to T4 (thoracic). But does it mean that a T4 subluxation does not affect hearing? Not sure, however as most upper cervical chiropractors will know subluxations in the upper cervical spine (C1 and C2) do in fact affect the spinal column throughout, causing secondary misalignment as the skeleton realigns underneath the skull. As a result of scoliosis there could be the potential for muscular interference to structures within the vicinity of the T4 vertebra. Whilst I’m certain that the debate will continue, the important thing is to get more studies started which investigate upper cervical chiropractic so that we patients can benefit.

[1] M. Hülse – Professor of ENT, Faculty of Clinical Medicine Mannheim of the University of Heidelberg. HNO (1994) 42:604-613. ‘The Cervical vertebra as a cause of hearing disorders.” Article in German. This paper was presented in part at the German HNO Conference in Muenster 1993.